It's one of the hottest debates circulating the news: Is vaping better or worse for your health than smoking? A lot of myths surround the culture of vaping, but no one is really able to sort out the facts.

Vaping requires a vaporizer, a battery-operated device that turns nicotine and other harmful chemicals into a vapor, says the U.S. Department of Health and Human Services. When vaping, you inhale the nicotine vapor.

Now, teens use vaporizers for more than just replacing cigarette smoking with e-cigarettes. They also use them for hookah smoking.

A standard hookah has a head, metal body, water bowl, and hose with a mouthpiece like a clarinet. E-hookahs can look like pipes, pens, or USB memory sticks, says the National Library of Science.

With so many new ways to vape, it's even harder to determine what's harmful and what's not. Here are 4 myths about vaping and the truth behind them.

Myth #1: Vaporizers Aren't As Harmful As Cigarettes Or Other Tobacco Products.

Fact: They can actually be worse. E-cigarettes and e-hookahs include chemicals and toxins that can cause cancer. Some have even been found to contain a toxic element commonly found in antifreeze, says the National Library of Medicine (NLM).

This myth comes from the wrong assumption that hookah smoking is better for you than cigarettes and has less tobacco. Yet, hookahs and cigarettes share a lot of the same health risks, says the CDC. 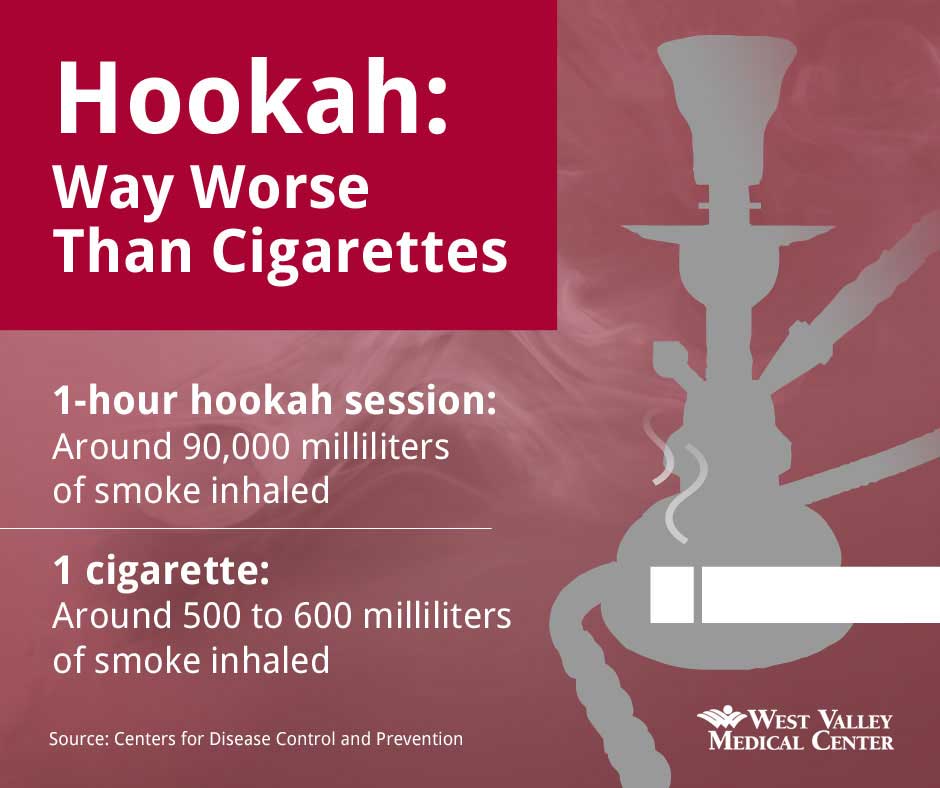 Due to the smoking method, hookah smokers inhale higher amounts of the same kind of toxins in cigarette smoke. In fact, hookah smoke has been linked to lung cancer, low birth weight, periodontal disease, and respiratory illness, reports the CDC.

Fact: Teens are easily influenced, so they're more likely to try new things. If their friends are vaping, chances are they will start, too.

Teens who start using e-cigarettes and vaporizers before ninth grade will probably begin using regular cigarettes and other tobacco products within the next year, says the National Institutes of Health.

Myth #3: Addiction Is Unlikely With Vaporizers.

Since e-hookahs and e-cigarettes burn a nicotine vapor, they can be addictive and should be treated with caution.

Fact: The jury is still out on this one. Although it is possible to choose cartridges that do not contain nicotine, more research needs to be done to prove that this is effective in helping smokers quit, according to the NLM.

Other issues have surfaced as well. The FDA has even found some cartridges labeled as nicotine-free that still have nicotine. Plus, there's no way to determine how much nicotine is actually in each cartridge.

To learn more about the health risks that come with vaporizers, e-hookahs, and e-cigarettes, schedule an appointment with a physician at West Valley Medical Center.

3 Tips for New Runners Training for a 5K

Total Solar Eclipse: How to See it Safely

Mucus: What You Need to Know