Every summer, this headline pops up: Baby Dies in Hot Car. The news story sparks polar opposite reactions. Some people pity the family, particularly the responsible parent. Others are outraged and condemn a in their minds a an obviously negligent parent.

Each year, about 38 infants and toddlers die after being left in a hot car, according to KidsAndCars.org, an advocacy organization for child safety. 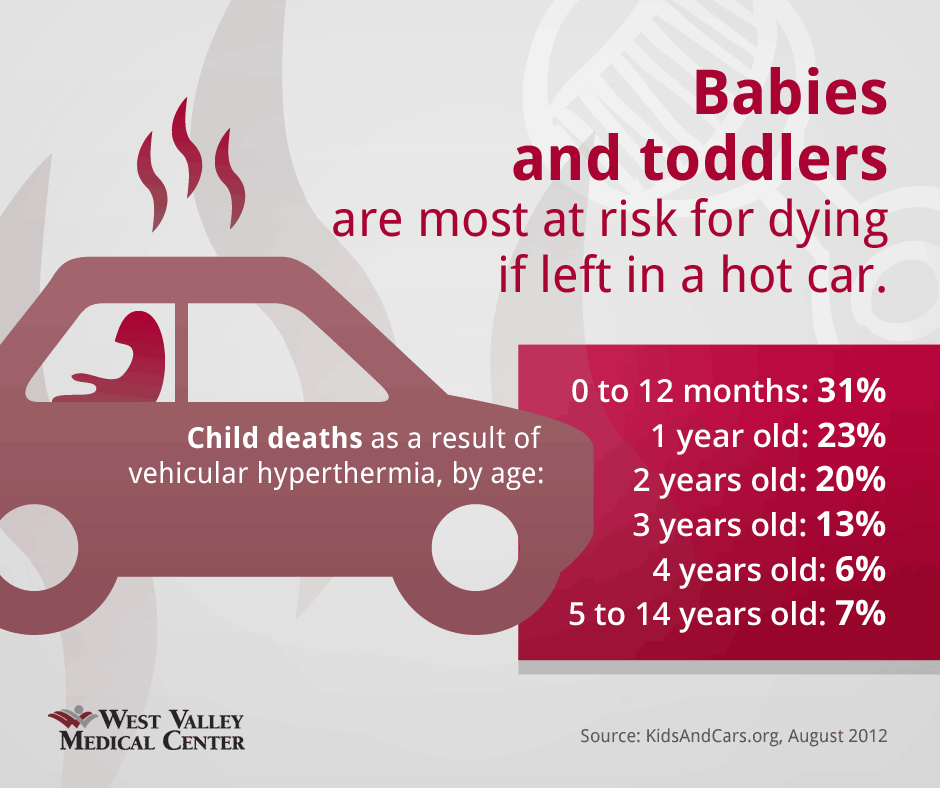 In most of these cases, the parents or caregivers thought they had taken the child to daycare. But a change in routine or a litany of distractions caused them to forget to drop the child off.

So, they headed off to work with the child sleeping in the car seat, only to return later and find their child still in the back seat a unconscious or worse.

The cause of death is called vehicular hyperthermia, a form of heat stroke from being trapped inside a hot car, according to a report by the Journal of Emergency Medical Services (JEMS).

Within just one hour, the interior of most vehicles left in the sun on a warm day can reach a scorching 180 degrees.

An infant or toddler can spin into heat stroke when the body temperature rises above 104 degrees. Infants and toddlers haven't developed the ability to fully regulate body temperatures. And because they're strapped to the car seat, they can't move.

In the worst-case scenario, the child may have delirium, a seizure, or go into a coma. The child can die within 15 minutes or four-and-a-half hours, reports JEMS. If the child survives, he or she will likely be brain dead.

Of course, some of these tragedies include parents who knew the child was in the car and went to run errands.

But here's the truth: Not every parent who has left his child in the car on a hot day did so intentionally. In fact, all parents a particularly those with hectic mornings who are responsible for taking their children to school or daycare a risk making this mistake. And yes, it often is a mistake.

One common thread among these parents: They could not see the child in the rear-facing car seat. Most are professionals headed to work at the time the child was left in the back seat.

There's also an element of distraction in many of the stories, with the driver on the phone or a change in routine. In most cases, the daycare either didn't call to ask about the missing child or they called but couldn't reach the parents.

More than three dozen deaths may not sound like a lot, but imagine how much higher that number would be if close calls were included.

If you're a parent, here are 5 steps to take to make sure this never happens to you, according to KidsAndCars.org:

If you're a parent who could never see yourself leaving your child in the back seat, make sure you know what to do if you see someone else's child in a hot car.

Here are 5 steps to take, according to the Journal of Emergency Medical Services:

August 14, 2017
Your eyes add more depth to each daily experience. Simply put, they're one of your most prized possessions.
Previous Post

August 8, 2017
You've probably seen the commercials for arthritis medication on TV: An older woman stands by while her energetic grandchildren play outside.
Next Post
Back to blog home

How to handle your grief during the holidays

Is drinking coffee really good for you?

Could I Have an Ulcer and Not Know It?

Be Safe & Prepared For the Great American Solar Eclipse