(This is part one of a two-part series - read part two here - where we tackle myths about the vagina.)

Why is it that people still blush when you say “vagina,” like it's a dirty word, or give it nicknames like “vajayjay”? When women are too shy to ask questions, share advice, or even talk to their doctors about their vaginas, false information spreads like a virus.

Jessica Fu, MD, has heard it all and seen worse as an obstetrician/gynecologist at West Valley OB/GYN. In this two-part series, Dr. Fu clears up eight myths that lead women to be confused about their vaginal health.

Myth #1: Douching Is A Good Way To Clean The Vagina.

Before it was an insulting name for a rude guy, it was a product sold in convenience stores next to tampons. The boxes usually pictured a woman frolicking through a field of flowers.

With a plastic stick connected to a rubber or plastic bag, women could flush a fragrant liquid into their vaginas with a promise of making the area cleaner.

“This is one of the most common mistakes I see,” Dr. Fu says. “It's not recommended because when it's done frequently, it can change the pH balance of healthy acid and bacterial makeup in the vagina, and make you more prone to infections and discharge.”

Dr. Fu sees this practice more in middle age and older women, but younger women tend to start douching when they notice a weird discharge or suspect a bacterial infection. But instead of treating the problem, they either prolong it or make it worse. 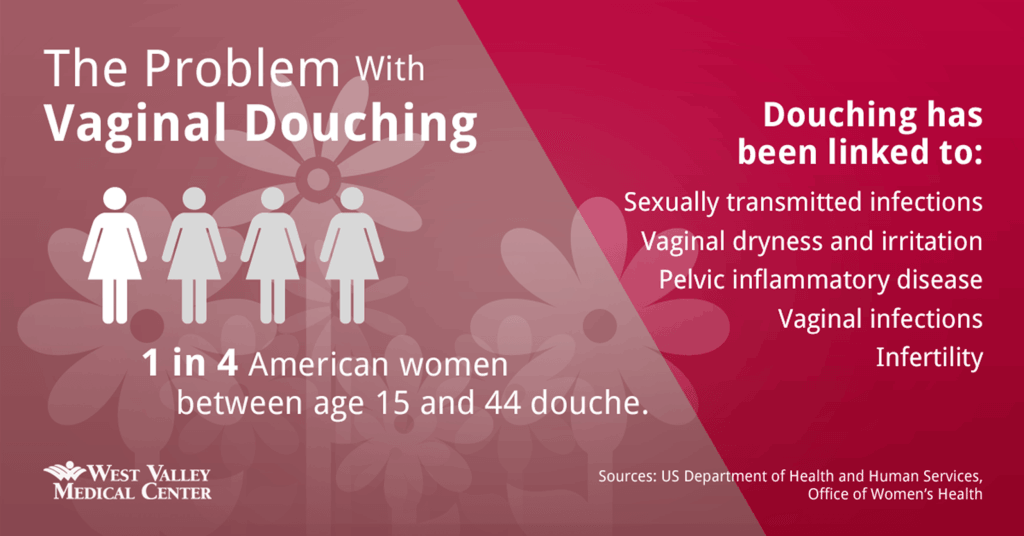 Myth #2: You Can Tell If A Woman Is A Virgin By Her Hymen.

The hymen is a membrane that surrounds the opening of the vagina. It develops in utero. The word on the street is that if a woman's hymen is broken, then she must not be a virgin.

“There is no popping of the cherry,” Dr. Fu says. “You cannot tell if a woman is a virgin by the appearance of her hymen.”

Actually, just about anything can cause the hymen to break or not be intact, including playing sports and getting a period.

“There are even religious beliefs based on the hymen myth,” Dr. Fu says. “Women are killed because of this, and it's not true.”

You can pretty much fill in any lie you want about the G-spot: All women have one. Men are sexually inept if they don't find it. You can get surgery to enhance it. And ladies, if you really want to find it, you'll contort yourself into all kinds of acrobatic positions, reach up there and touch it, like it's some kind of hidden treasure.

“The general population refers to it as an arousal spot inside the vagina. Some think it's an extension of the clitoris,” says Dr. Fu. It gets a lot of attention because it allegedly leads to very strong orgasms for women.

“By definition of the anatomy, there is no G-spot,” Dr. Fu warns. In other words, it's not an organ or gland that all women have.

So no, ladies, you're not abnormal if you don't have it. And fellas, you're not a sexual misfit if you've never found it during sex. Could be that it doesn't exist.

There may be just way too many TV shows about the ravenous middle age woman whose sexual appetite is always on 10. Sure, some women might come into a sexual revolution after 40. But for other women ‹ especially those going through menopause ‹ it's a very different story.

“One of the bigger complaints I hear from older women is that sex is causing irritation and bleeding,” Dr. Fu says. “That's because the biggest changes during menopause are related to a lack of estrogen.”

“The vaginal walls can be less elastic. The vagina can become shorter, narrower, and less lubricated,” Fu explains. “Then, it becomes more prone to infection.”

Dr. Fu advises talking to your doctor about over-the-counter lubricants to deal with the dryness or irritation. Because the lack of estrogen is the root problem, she says a conversation about estrogen supplements might be helpful, too.

In our next post, Dr. Fu clarifies four more myths about the vagina.

Recipe of the Month: "Spaghetti" with Turkey Meat...

October 12, 2017
This easy to prepare meal is perfect for jumping in to meal planning. Take the leftovers for lunch the next day or double the recipe and freeze...
Previous Post

4 Signs You're Pushing Your Student Athlete Too...

September 26, 2017
Sports are supposed to push you. Physically and mentally, competition challenges players to run faster, hit harder, and aim higher.
Next Post
Back to blog home

How having a pet can help your mental health

Even a 2-minute Walk Counts in New Physical Activity Guidelines