Maybe you're getting ready to give a really important presentation at work, and you're feeling a little nervous.

Or you've got butterflies in your stomach just before a blind date.

In both cases you may be a little anxious. That's normal.

Anxiety is a feeling you may experience when you are in harm's way or preparing for an important event, says the Anxiety and Depression Association of America (ADAA). It is a signal that you need to take action of some sort.

But when the feeling lasts for a long time and impairs your ability to function in your day-to-day life, there may be a deeper problem— an anxiety disorder.

Here are 3 facts you probably didn't know about anxiety disorders:

1. There's not just one type of anxiety disorder

When some people hear the term “anxiety disorder,” they may lump all the different symptoms together as one condition. But the truth is there are different types of anxiety disorders, says the American Psychiatric Association, and each has its own specific symptoms and diagnostic criteria. Still, there are a few common signs to look out for:

Panic Disorder is characterized by panic attacks, which the National Alliance on Mental Illness (NAMI) says can come on without warning. During a panic attack, people experience heart palpitations, shortness of breath, an upset stomach and fear.

Obsessive-Compulsive Disorder (OCD) takes the form of repetitive behaviors, caused by intrusive and often irrational thoughts or fears. For example, a person with OCD might check, double check, and triple check that the stove has been turned off for fear of accidentally burning the house down, even though she realizes that the stove is turned off the first time she checks.

Posttraumatic Stress Disorder, also known as PTSD, is caused by witnessing or experiencing a traumatic event, like a natural disaster or violence, says NAMI. People who have PTSD may suffer from recurring nightmares and be easily startled.

Phobias are extreme and irrational fears of situations or objects that usually aren't actually dangerous. A classic example is a person who won't drive over bridges and will go very far out of the way to avoid them.

Generalized Anxiety Disorder is a debilitating sense of worry that affects a person's ability to function in the everyday world. For instance, a fear of being robbed in a perfectly safe part of town might keep someone with generalized anxiety disorder from going grocery shopping.

Social Anxiety Disorder is a severe fear of social situations. Oftentimes, people with this form of anxiety will avoid group settings and have a hard time maintaining personal relationships. They may say that they are afraid of saying the wrong thing and, if put in a social situation, might have a panic attack, NAMI explains.

2. Women are more likely to have anxiety disorders

Anxiety disorders are actually the most common emotional disorders in the United States, explains the APA. 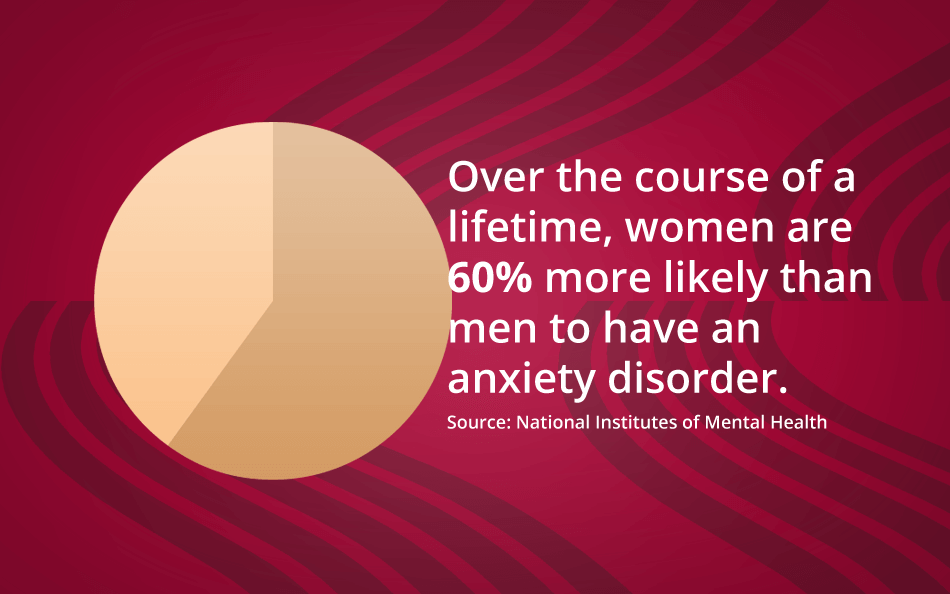 Anxiety disorders typically develop earlier in life in women, and women are more likely to have a number of psychiatric disorders throughout their lifetime. Depression is the most common condition that occurs alongside anxiety in women.

Researchers speculate that the cause may come down to different brain chemistry, explains the ADAA.

The female hormones estrogen and progesterone tend to activate the fight-or-flight response more easily and for longer periods of time in women.

3. Anxiety disorders have many potential causes

In some ways, anxiety disorders are just like any other health issue in the sense that they have a number of possible causes, the National Institutes of Mental Health (NIMH) explains. 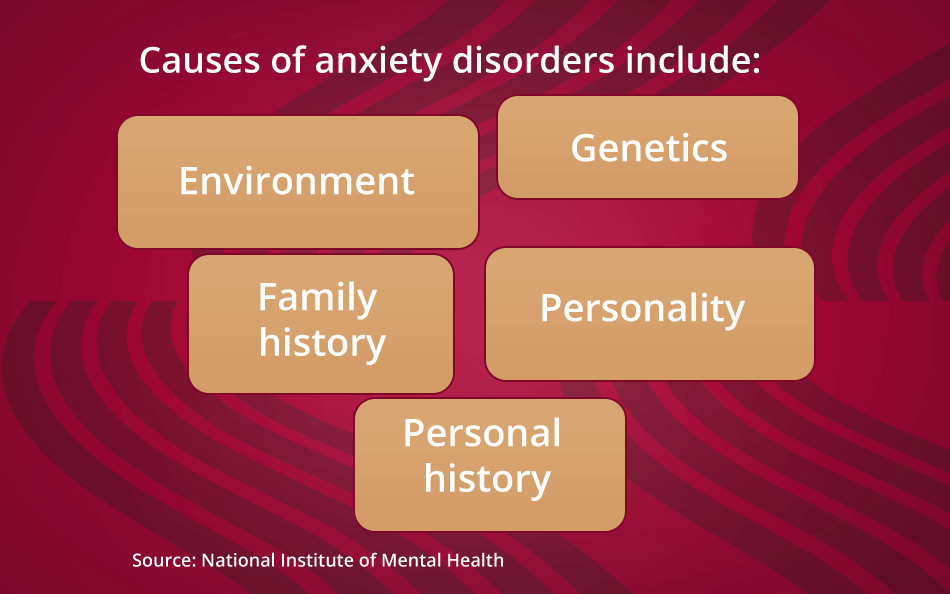 The important thing to remember about anxiety disorders is that, regardless of which type a person has or what caused it, they all center around “excessive, irrational fear and dread” and last for at least six months, says the NIMH.

If you or a loved one are dealing with an anxiety disorder, talk to a doctor at West Valley today to discuss treatment options.

When is the last time you took time out of a busy day to focus on yourself? Here are five self-care day ideas to help you slow down and find...

Be Safe & Prepared For the Great American Solar Eclipse

The Right Way to Treat a Sinus Infection

Kratom: the risky new substance you need to know about

Do you want to help your local YMCA?