How Prostatitis and Other Prostate Problems Can Ruin Your Sex Life

For men struggling with prostatitis a condition where the prostate becomes inflamed or irritated or other prostate problems, the implications for your sex life can be startling. 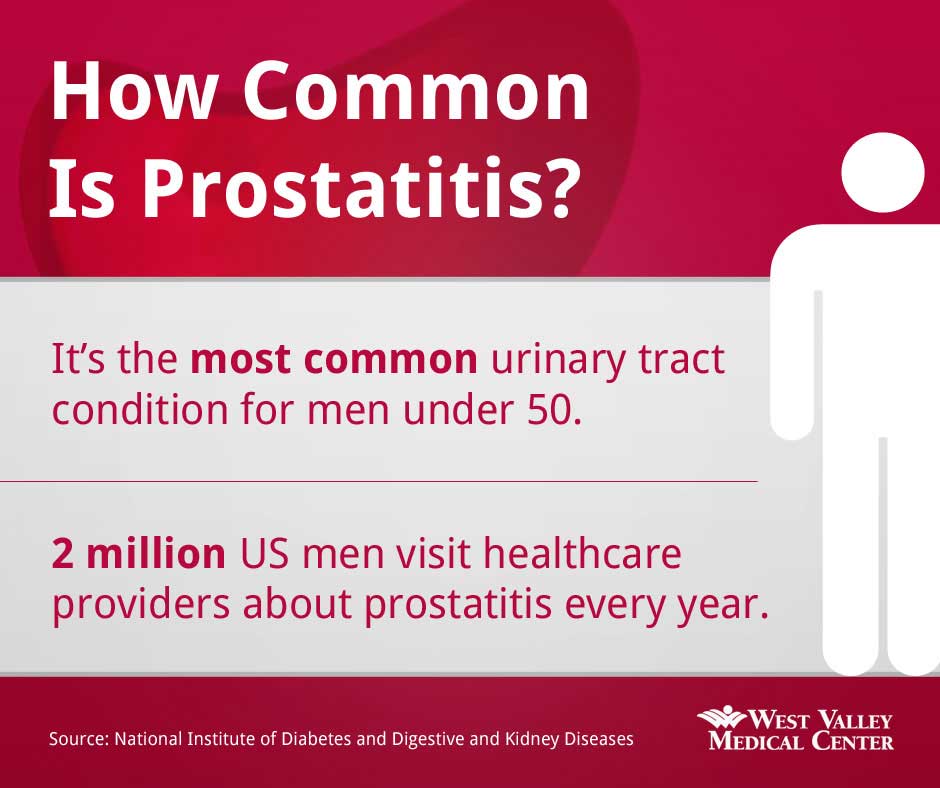 How Common Is Prostatitis?
It's the most common urinary tract condition for men under 50. 2 million US men visit healthcare providers about prostatitis every year.

Source: The National Institutes of Health

The prostate gland helps sperm travel during ejaculation and is part of the male reproductive system, explains the National Library of Medicine (NLM).

Common prostate problems, according to the National Institute on Aging, include:

When something goes wrong with the prostate, it can wreck your sex life. For example, chronic symptoms of prostatitis can lead to sexual dysfunction, including painful ejaculation or even a drop in libido, says the National Cancer Institute.

Here are other ways prostatitis and other prostate problems can put a cramp in your sex life and what treatment options are available.

Sometimes, sexual problems can occur as a side effect of treatment for prostate problems. But these are often temporary, and it is far worse than not getting treatment at all.

An enlarged prostate may sometimes require a procedure called transurethral resection of the prostate, or TURP.

In the TURP procedure, a small instrument is passed through the urethra and trims excess tissues. While highly successful, it does carry a risk of significant side effects, including retrograde ejaculation.

When semen enters the bladder instead of exiting out through the urethra during ejaculation, retrograde ejaculation occurs, explains the NLM.

Some men report a decreased intensity of their orgasm, and some others' prime concern is their infertility, according to the American Cancer Society (ACS). Both of these can have a major psychological effect on a man, his partner, and his sex life.

Surgery is not the only culprit. Medications for prostate cancer can also cause retrograde ejaculation.

Retrograde ejaculation can be reversed in some cases, normally when it's caused by a course of medication. But in the case of surgery, it may be not be possible, the NLM states.

Talk to your doctor if it's interfering with your sex life or your ability to conceive, and what your options are during and after treatment.

Leakage of urine after an orgasm, called climacturia, is fairly common after prostate surgery.

It may be caused by damage to the nerves or muscles in charge of urinary control, according to the Prostate Cancer Foundation (PCF).

It may also be initially caused by an enlarged prostate, which in turn causes a bladder obstruction.

Climacturia may not necessarily ruin a man's sexual satisfaction, according to a January 2014 study in The Journal of Urology.

However, it can be embarrassing or inconvenient, since the amount can range from small all the way up to 1 ounce, according to the ACS.

Men shouldn't be dismayed, however. Climacturia may get better over time. And while waiting it out, couples can use condoms or constriction bands that tighten around the base of the penis.

Speak to your doctor if you're worried about the problem or it continues too long. Together, you can strategize about how to keep your sex life going as well as your treatment.

This can be frustrating for many men. While their state of health is improving during treatment, the state of their sex life is doing just the opposite.

A variety of treatments exist for erectile dysfunction, states the PCF, including:

A prostate diagnosis will change your sex life, but it doesn't have to ruin it. To learn more and take control of your condition, schedule an appointment with the award-winning urology specialists at West Valley Medical Center.

6 Things You Should Never Do With Fireworks

The Risk of UTIs Increase as You Age - Here's Why

9 Shots Older Adults Must Get

Ready or Not: Week 41 Freak Show